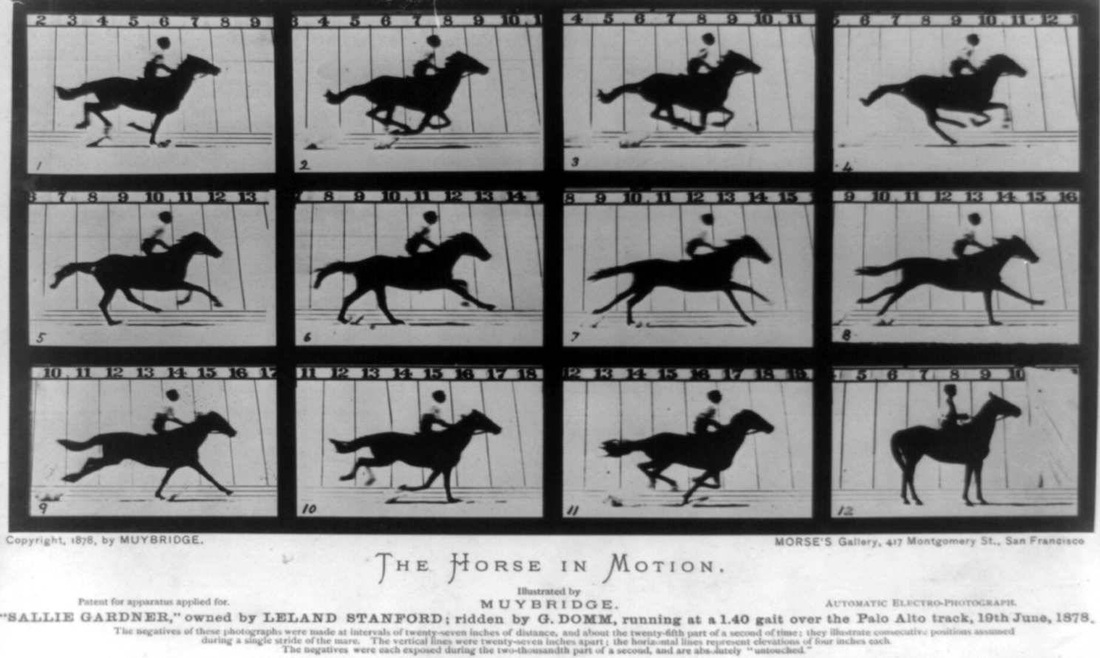 Time is a reality for most people. We must get to our obligations on time or risk consequences. However, in the world that artists inhabit, time is more than the reality of their day.  It is a concept that is symbolized or visualized in a variety of ways. It is a dynamic element of reality frozen on a two or three dimensional form such as painting, photography, or sculpture. The techniques that artists use to depict time and movement through time and space has evolved as artists have been exposed to new techniques and technologies.  Advancements in artistic theory and technology have allowed artists to express both non-physical elements such as the passing of time or the more physical aspect of passing time such as movement. There is a rich history in art that chronicles the methods that artists have used to depict the dynamic as static. Research in this topic must not only focus on historical progress but how current technology is influencing contemporary art making allowing the dynamic to be expressed in a dynamic manner.

Drawings found on the wall of caves have depicted some of the earliest methods used by artists to show motion and movement on a two-dimensional picture plane. Although the representation of people is very simplistic, the legs on people and animals are drawn in such a way to imply running. The arrangement of the elements of the drawing is created in a way that suggests movement through space. (3)

In the Middle Ages paintings made of multiple panels were used to tell a story. Often one panel was meant to depict the past, another the future and one foretold the future. Much like a Chinese scroll where the story unfolds as the scroll is unwound, multi-panels and murals were meant to transcend a single moment of time into an epic story of time. (3)

The Surrealists believed that time could be captured through symbols and metaphor. They believed that time was like our unconscious thought—a non-linear meandering of imagery and abstraction. On the other hand, impressionists strived to paint what they believed they could see like the changing color of the setting sun or the sun’s movement through the sky. The Cubists attempted to paint everything at once. All sides of an object on one plane and all the movement of a subject visible in a single composition. (1)

Until the advent of photography and the technology that allowed an image to be reproduced on plate and then paper, artists were limited to what they could envision and reinterpret. Photography afforded artists the ability to freeze a moment in time. When Muybridge photographed a subject in motion and then looked at the images side by side, he was able to record sequential imagery. This idea evolved into moving pictures and the development of film and video recording of linear time. (1) 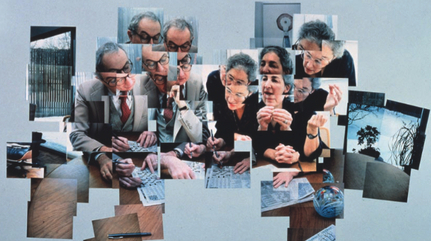 Joiner Photograph by David Hockney
Even with the development of time-based recording, there were artists that were attempting to use new technologies to show movement in a single picture frame. Artist, David Hockney combined still photographs into a photo montage that much like the cubists, attempted to expand the picture plane to include multiple perspectives at once that both documented a single moment in time as well as multiple moments in a single image. The development of comic strips and then graphic novels also portray movement through time and multiple perspectives through the use of sequential panels. (4)

In the Digital Age, image making has been able to break out of linear time constraints by the use of hyperlinks and interactive virtual spaces. Web pages are meant to be viewed in a non-linear way that that is manipulated by the user for his or her particular purpose. As computer bandwidth and speed has increased and expanded processing power has been made available to personal computers, artists are increasingly able to transform the art viewing experience. The public can interact with exhibitions that showcase experiments in time, and movement through space that has previously been hidden to the human eye (Jaschko).  As art making has evolved through time artists are able to draw upon the past, benefit from current technology and create art that allows us to imagine the future.

The Memory Effect by Charles Green

Warburg saw individual images (artistic or not) as film-stills in a virtual cinema of culture. 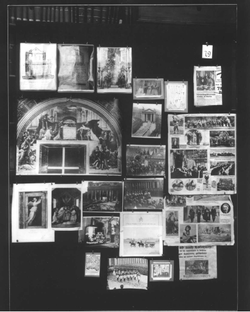 Aby Warburg, Mnemosyne Atlas
A study by Charles Green (2008) examined the concept of anachronism, or error in chronology, as a method used in visual arts such as painting, filmmaking and new media forms, to portray a non-linear form of time. Unlike the imagery represented in the Cutting study, which attempt to portray time more conventionally in the form of motion, Green examines artworks that use a series of stills to better imitate time in terms of memory which are more fluid than sequential. Green contends that this form of art crosses boundaries of traditional media and allows artists to more closely depict inward thoughts and feelings, and uniquely represent cultural changes. This type of art making appears to have a correlation with the use of available technology. Green specifically points out that as contemporary artists have had increasing access to digital images and information they have been able to explore new avenues of “collection, recollection, and display,” often at odds with ownership laws and cross-cultural ethics. (5)